7 Very Early Signs of Pregnancy (Even Before Your Missed Period!)

You may be wondering what some of the early signs of pregnancy are. Even before your missed period, you might be experiencing some changes that make you wonder if your pregnant or not.

If you’ve been actively trying to conceive that two-week wait from the time you ovulate until the time of your expected period can be the longest two weeks of your life! Every single change you notice in your body will leave you wondering if the test is going to be positive.

With each of my pregnancies, I had distinctive symptoms leading up to my missed period. This post is a rundown of what you may experience in early pregnancy even before you’ve missed a period.

Disclaimer: I’m not a doctor. I’m just a momma who’s been there. I can’t give you any medical advice. These things are just things that I have experienced in my 5 past pregnancies. Always consult with your doctor, not the internet, if you’re looking for medical advice.

How soon can you take a pregnancy test?

Some pregnancy tests can detect your pregnancy the day you miss your period.

The First Response website has a calculator that will show you when the earliest time you can take a test is. >>> Pregnancy Test Calculator

Very Early Signs of Pregnancy (Even Before Your Missed Period!)

With my first baby, I felt like I was a bottomless pit! I remember eating a meal then thinking… “man I’m still so hungry.”

Before nausea and morning sickness is in full swing, your body might be feeling extra hungry!

According to the What to Expect When You’re Expecting website, it’s more common to be super hungry in the second trimester, but many women do experience it during the first trimester.

Read this article on Increased Appetite During Pregnancy from What to Expect.

I had terrible mood swings in the beginning with pretty much all of my kids. I would be happy one second, then balling the next. Pregnancy sends you on a crazy emotional roller coaster.

But, here’s the kicker, this is also a super common PMS symptom. So, mood swings aren’t really one of the most reliable early pregnancy symptoms.

A change in my discharge was another one of the big hints that I was pregnant with my first. My stomach dropped when I noticed the much thicker white discharge in my underwear. I just knew at that moment I was pregnant.

Fatigue will hang around for most of your pregnancy, but it’s most prevalent in the first and third trimesters.

During the first trimester, your baby will be undergoing some crazy changes and growth. So, your body will be working extra hard. Make sure you get plenty of rest!

Read more on Fatigue During Pregnancy from The American Pregnancy Association.

My fifth pregnancy was a complete surprise to us. I was still breastfeeding my toddler, so I wasn’t expecting to get pregnant. (Which is super silly, because I had already gotten my period back. Anyway…)

My first sign of pregnancy was a nervous feeling in the pit of my stomach! I felt like I was about to walk up in from of 2 million people that I didn’t even know to sing the National Anthem. It was ridiculous.

But, I recognized the feeling. It was something that I had only felt when pregnant. (…and singing in front of a large crowd of people…) We got a pregnancy test that night, and sure enough… it was positive.

I personally have only experienced implantation bleeding once. It happened with my second child, before my period was due to arrive, and at the time I was pretty regular with my periods.

I immediately knew that I was pregnant!

It’s also a clear signifier that you should take a pregnancy test!

All of these other symptoms can also be symptoms of PMS.

Here’s an article comparing the symptoms of PMS and Pregnancy. >> PMS Symptoms vs. Pregnancy Symptoms.

What are the symptoms you’ve noticed?

All of these symptoms are ones that I’ve personally experienced. What are some of the very early signs of pregnancy that you’ve noticed? 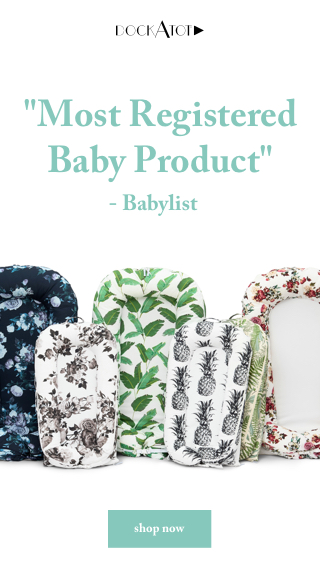 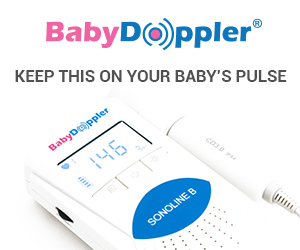 26shares
We use cookies to ensure that we give you the best experience on our website. If you continue to use this site we will assume that you are happy with it.OkPrivacy Policy